The Regional Development Agency in Bielsko-Biała will hold a meeting in its headquarters with local stakeholders from Wapienica and the neighbourhood. The meeting is planned for this Wednesday, 16th May 2018. Participants of the meeting are going to discuss how the Agency could support the revitalisation and development of the area where it operates while the Agency will present the results of studies and analysis performed recently and will suggest the chosen direction of further activities together.
The meeting is one of the series of planned activities within the project Go SIV, which will help to create an efficient model of revitalisation of postindustrial areas.
Wapienica is a district of the city of Bielsko-Biała. Nowadays, it is mostly associated with the picturesque dam and forest paths for strolls and bike rides on its southern side and with the technological park, a special economic zone and international companies and factories in its northern area. In the past; however, Wapienica was a location of many other companies, which ceased to exist and left industrial buildings behind. 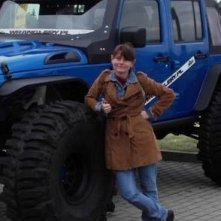 Aleksandra works as a specialist in the Regional Development Agency in Bielsko-Biała, Poland. In the past, she worked for over ten years as a Sr Credit Analyst in an international bank and, prior to this, she was an academic teacher and lecturer, a management trainer and a freelance business consultant.